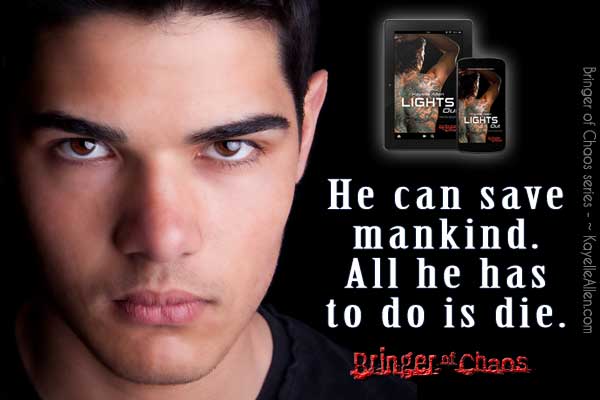 What the Corps provides, the Corps can take away #SpaceOpera #MFRWhooks #MFRWorg

What the Corps Provides

In this scene, Tornahdo gets an ominous reminder of exactly what the Ghost Corps has promised, and his real duty.

The Corps issues a stern reminder

"Master Sergeant, you made us all proud by your service. You volunteered for the corps and your commanding officer recommended you at the perfect time. Three Ultras were captured during the Raid on San Xavier. Ultras you helped take out of the war. Your death at the retaliatory Siege of San Xavier meant you had a chance to fulfill your promise to serve."

"The corps will not forget your service, or the promise made to support your family." Coming to a stop before him, she bared her teeth in a deceptive, political smile. "Counting you as missing in action means long-term benefits for your loved ones. Wouldn't it be a shame if your body was found and that ended?"

The usual heat of Ultra blood beneath his skin plummeted. Tornahdo remained aloof and calm, as if he faced a firing squad. A good soldier never forgot a threat.

"The corps spent far too much to toss you out and start over. But be aware, that indulgence extends only so far." The general stuck her face in his. "Are we clear?"

Clear as brittle ice on a bottomless lake in the deep of winter. Menacing. Jagged. Cracking underfoot.

"In the regular army, you shield each other. This is Ghost Corps. Humans are expendable."

He'd spent twenty years fighting an enemy that believed the same thing. So the corps was better--how?

"You are not a human shield, Master Sergeant. You have a single duty. Which is?"

"That's right. This is your second rebirth. We don't know how many more you can experience without harm."

The word none came to mind but Tornahdo kept his trap shut.

"Your enhanced blood gives you enough stamina to kill the enemy. Do your duty. Nothing else. Tell me." The general folded her arms. "Will you draw enemy fire again?"

Yes. Always. That's what set humans apart from Ultras. Humans protected each another. Although for her, he'd make an exception. "Ma'am, Ghost Corps regulations require that I do not."

He can save mankind. After he does one important thing. Die.
Join the Ghost Corps, they said. You'll live forever, they said. You'll save mankind, they said. They didn't say that to do it, first he had to die.
When Tornahdo signs on the dotted line, he puts his life into the steady hands of the mighty Ghost Corps. Three grisly deaths and three agonizing resurrections later, he's assigned duty on the space station Enderium Six.
He's facing his most dangerous mission yet, the very reason the corps exists.
Do they expect him to win? Fat chance. Tornahdo and his team are already dead and this mission is codenamed "Lights Out." No, there's more to this than he can see.
To discover the truth, he must face an unbeatable, unkillable enemy, and this time--somehow--find a way to keep himself alive...

Pick up Lights Out free by joining a reader group!
https://kayelleallen.com/reader-groups

8 thoughts on “What the Corps provides, the Corps can take away #SpaceOpera #MFRWhooks #MFRWorg”