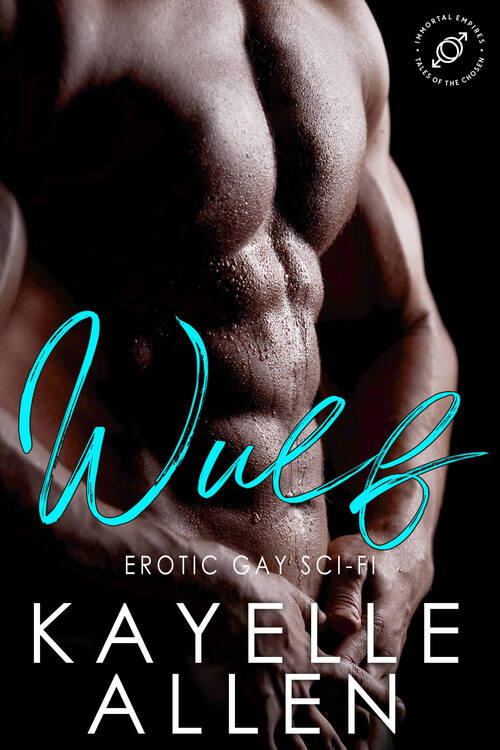 Wulf, Tales of the Chosen

Wulf - Tales of the Chosen

With his career threatened and his life at risk, Wulf must seek help from the one man he swore he would never trust again, Luc Saint-Cyr, a.k.a. the Harbinger. An enigmatic man whose legendary power makes him the most feared person in the empire.

For the Harbinger, saving Wulf is a simple matter of asserting his will. Luc's ties to the Thieves' Guild grant him access anywhere.

He can protect Wulf without difficulty.

Until Luc brings Wulf home for safekeeping, and discovers the real reason for the threats. Protecting Wulf has not only put his and Wulf's lives at risk, it's also risked the life of Luc's teenaged son.

This is beyond protection, now. To the Harbinger, this is personal...

In this scene, Luc has brought Wulf to the penthouse Luc calls home. The previous night, though there was a definite sexual attraction between them, Luc refused to act on it, unsure how Wulf felt. This is the next morning, in Luc's exercise room.

Luc pushed himself to complete one more set of crunches. He'd done four sets of forty already, and needed one more set in a different position. When finished, he stretched out on the mat and let himself rest.

Curled up in bed, Wulf's head on his shoulder, they watched a game on Imperinet. Neither cared who won; it was the male camaraderie that mattered. Lovers who were friends first. While the crowd cheered, their kisses grew deeper, longer, until Wulf pulled him down on top of him and submitted to--

The pounding drums in the background music changed, and Luc rolled over and got up, heading for the weights.

"Stop thinking about Wulf." He loaded up sixty pounds of free weights and gripped a set in each hand. Today was his day for focusing on his shoulders, back, and forearms. He faced the mirrored wall, adjusted his grip, and lifted.

Wulf chose that moment to enter the workout area, dressed in nothing but hot pink shorts and white gym shoes.

The weights sailed out of Luc's hands and clunked the floor with a thud.

Dancing out of the way as they rolled toward him, Wulf flashed him a smile of perfect white shiny teeth and warm rosy lips. His eyes sparkled with merriment. He put one foot on the closest weight to stop it.

"Sorry, Luc. Guess I startled you."

"Startled me?" Luc chased down the other weight. "I almost threw these things through the wall."

Luc bent over to pick up the weight near Wulf's foot, and had the treat of rising to see the entire length of Wulf's muscled leg. For a man with dark hair, Wulf's leg hair was more like golden fuzz. What would all that soft hair feel like beneath his hands? Against his mouth? In contrast, Wulf's ripped abs and tanned chest were smooth. Did he shave? Did he shave anything else? Luc finally reached the top of Wulf's body and his gorgeous, clean-shaven face.

The man was grinning; obviously aware Luc had taken his time feasting on his half-bared body. 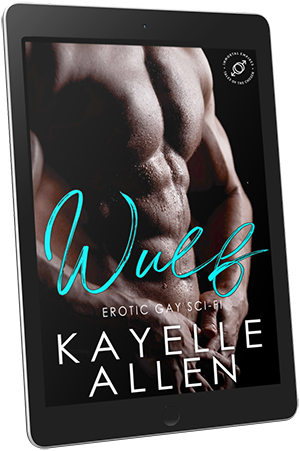 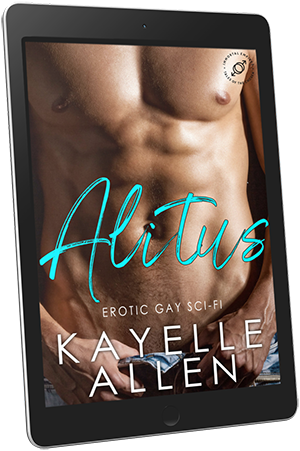 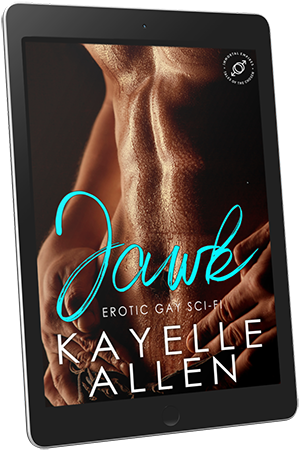