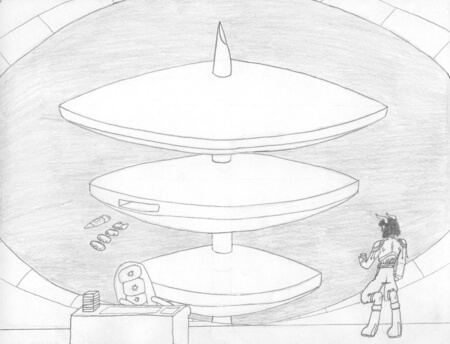 Enormous solar flares have upset the ecosystem near the equator, and within the past fifteen years, severe earthquakes have devastated parts of the southern hemisphere. In 4657 tradestandard, a massive quake displaced millions of Tyrans and inspired an empire-wide adoption of orphaned children. Even the elitist and separatist Kin took in a few hundred youngsters. 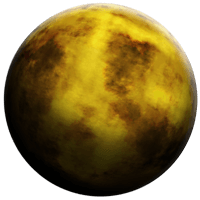 Masters of technology, the Tyrans designed their homeworld as a showcase of their brilliance. Impossibly delicate structures rise into the atmosphere. Architecture is an art form used to express their genius.

The Tyran are goat-like humanoids with hooves and horns. Most horns turn upward and/or outward, but a rare few curl backward or down.

Tyran technology has long harnessed anti-gravity. However, recent studies have hinted that its use may be affecting their sun. In the last fifteen years, it has changed from a benevolent provider of heat and light to an unpredictable tyrant.

Both genders live in clutches of fifteen to twenty centered around work. Although close bonds often form between sexual partners, relationships are far from monogamous, and cohabitation of genders purely for sexual purposes is rare in the extreme. Reproduction is neither sought nor avoided.

Sports of all types interest them, and clutches made of both genders form to enjoy them. From age two, male children live in all male clutches, females in female, until they turn seven, at which time a Tyran is considered adult. Five Tyran years equal one Tradestandard year, making the Tyran age of consent thirty-five tradestandard years. Life span is over one hundred forty tradestandard years.

Art varies from painting and sculpture to high tech; their music takes all forms. One of their religions consists merely of passing newborns through the "Gates of Life. "