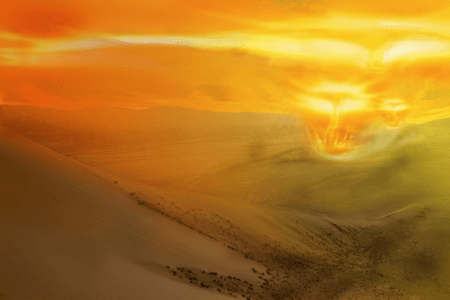 The Great Kyrenie Desert stretches across a full two-thirds of the world, its golden landscape broken and pocked by black craters less deep than the height of a man, quarried in an instant by firestorms. The barren and deadly Lower Kaabi scars the south pole, evidence that surface water is nearly unheard of on this world. 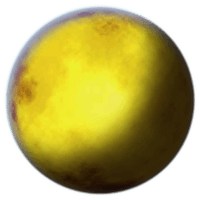 Until recently, no one had ever seen a firestorm up close or holofilmed one of the instantaneous orbs of lightning that melt sand and fuse it into fire crystal. The electromagnetic pulse unleashed by a firestorm disrupts all power around it.

However, an old technology used in a new way by adapting wafers of the fire crystals themselves has now made it possible to capture the first images. Using this new technology will enable scientists to study the age-old question of why and how the firestorms are created. Kyrenie fire crystals range from clear to the finest quality ice blue. Their cost is far beyond diamonds. 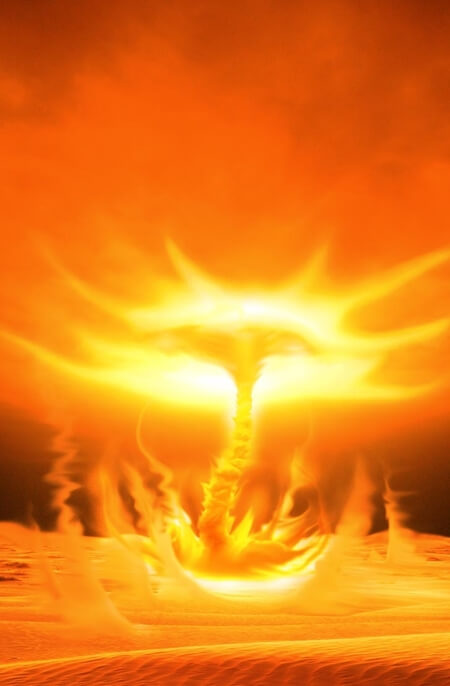 As soon as a pit cools enough to enter, miners go in after the crystals, which have technological uses as well as decorative. Because adult slaves cannot stand up inside the mines, miners are all under age ten. Due to the rugged working conditions, child slaves are worked only two hours at a time, with four-hour rest periods between.

However, unscupulous slavemasters have been known to keep child slaves laboring half a day in dim light reflected from uncut gems. As soon as an improperly run child labor camp is identified, it is shut down by the Tradestandard Labor Board. Unfortunately, another usually pops up elsewhere before the day is out.

Her Majesty the Conqueror, Empress Rheyn Destoiya has recently given her personal attention to the problem and as part of her mandate for better conditions, she passed the Khyff Law. Signed into legislation in 4662 tradestandard (at the end of the book At the Mercy of Her Pleasure), it requires slavemasters to educate the children under their care. Government contracts are not given to any company whose slaves cannot pass a basic literacy test and a tradestandard physical. The law honors Khyff Antonello.