Notidisia, Partner of the Empire

Initial scans revealed an unattractive planet with no sign of life. However, when the Conqueror's Droid Discovery Force landed on the planet in 4650 tradestandard in search of minerals and other natural resources, they found a highly advanced civilization.

Clouds of swirling gases that make it appear to be a gas giant are illusions. The inhabitants of Notidisia are peace loving, and work together in a cohabitation of fisheries and aqua-farming. 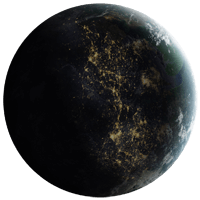 Initial scans revealed an unattractive planet with no sign of life. However, when the Conqueror's Droid Discovery Force landed on the planet in 4650 tradestandard in search of minerals and other natural resources, they found a highly advanced civilization. 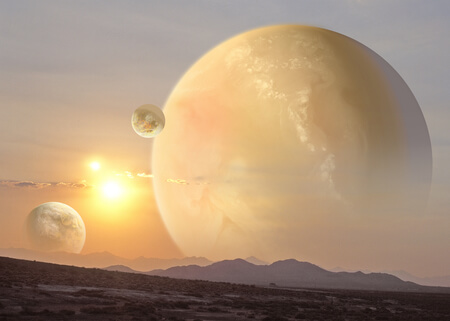 Since first contacted by the empire, Notidisia has been accused repeatedly of rebel activity -- as yet unproven.

The inhabitants are human, and have a common language base called Skirikk.
The planet has a treaty with the Tarthian Empire, pays tribute to it, and is a full partner. The Governor of Notidisia holds a special seat in the Imperial Parliament. The last five governors have been beheaded by the Conqueror for serious infractions, and a sixth was imprisoned for an attack on one of the Conqueror's Jades.

The governor was eventually released and ordered to leave the empire.

Each governor has a life-sized statue erected to him or her, lining the walkway to the Notidisia Governor's Throne Room. Each statue had its head removed by order of the Conqueror as a reminder to the new Governor as to where loyalties should be aligned.

Notidisia's four moons all have important tactical locations and are used for mining.

The world has a strong naval fleet, and is known for its fishing. It exports sea food and related products, as well as water purification technology.

The All People's Liberation Army (APLA) is rumored to have its headquarters on Notidisia.