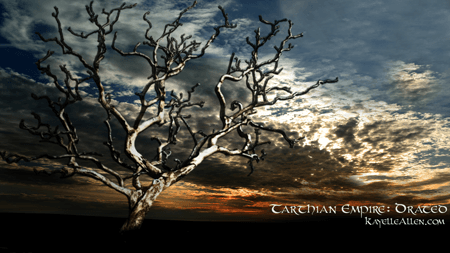 The planet Drated was terraformed to perfection by the Terraformer's Circle of Fellowship. Two years after it was inhabited, it was abandoned.

This visit is a side portal. All tradestandard waivers must be signed before proceeding to the boarding area. 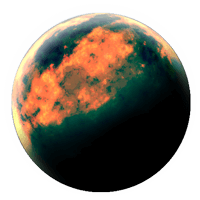 Rumors of mysterious deaths were denied vehemently by the Imperial Armada, however, not even a military outpost remains on the planet.
The Ministry of Emigration's official statement reads:

"While terraforming is complete, the life-cycle of the planet Drated is not yet within parameters for habitation. Initial investigations revealed a lack of certain necessary nutrients in the soil which will be provided at the proper time. All inquiries should be directed to the Terraformer's Circle of Fellowship."

Gaining images of Drated is difficult. The wandering artist of the Tarthian Empire sent a photograph and relayed this message for the image below:

"Here is one of the pictures from Drated. Sorry it's late. Our ship was delayed by a blockade and every part of the ship searched. I was able to hide this pic but they got two others. My next mission should be less hazar--"

end NETway transmission
Due to tradestandard regulations this is the only file you will receive. Please contact your party and have them resend the transmission.
NETway Systems - We bring you the stars

The Terraformer's Circle of Fellowship (TCF) refuses to comment on the situation on Drated. Sources inside say wild energy fields are not to blame as were previously reported.