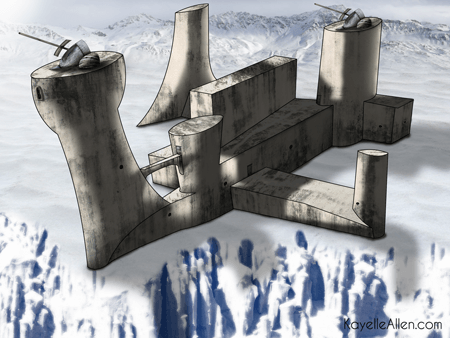 Colonizing any world is a difficult thing, but a border world holds special challenges.

Dellyn lies between the edge of the Tarthian Empire and a region of space called "The Colonies of Man." Inside the Colonies are a few separatist planets such as Blythe, Tel Gojor, Coty, Independence, Fiyez, and Affiyar. Tanath, Kanadar and Bombyx are three such worlds ruled by "Warmakers," a loosely unified group of pirates. There are other large clusters of worlds united under various rulers. 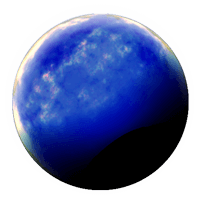 The collective known as the Colonies of Man stretches from the border of the Tarthian Empire all the way to the Disputed Borderlands near the Terran Crescent. Pirate raids are less frequent the closer one gets to the Crescent, but on the Tarthian Empire side of the colonies, pirates once operated with seeming impunity.

Most vicious of all pirates are the slavers of the Sargassan Detaat. They attack in lightning quick Skinraider ships equipped with high tech "nets" capable of scooping up human beings. The slaves taken by them are sold as far away as Seamrog, a border world near the Worlds of Wings, on the farthest reaches of the galaxy.

The Detaat slavers' frequent attacks on Dellyn left the inhabitants fearful of the open sky. The planet was discovered by the Droid Discovery Force of Her Majesty Rheyn Destoiya in 4667 tradestandard. Dellyn is now being settled and colonized by reassigned Tarthian citizens in order to bring a profit from the planet's previously untapped natural resources. Piracy in the Tarthian Empire is punishable by death. Once convicted, there is no process of appeal for a pirate.

Most water on Dellyn is frozen three quarters of the year. The world once considered an ice planet used as a haven by pirates is now protected by the mighty Imperial Armada.