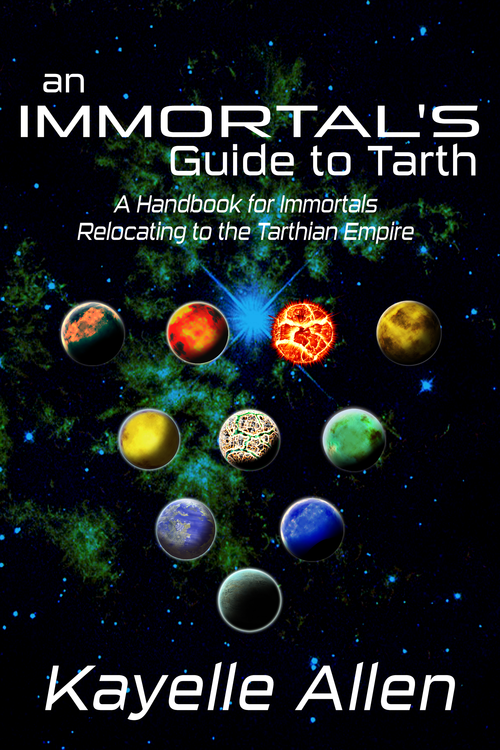 A bit of fiction, written in a non-fiction way.

The voice is that of Joss Avaton, one of the immortals. The rules of the immortal gamers role-playing game Peril are spelled out, and a who's who among the gamers provided.

A must-have for fans of the Tarthian Empire series. This handy guide will inform, entertain, and provide never before seen peeks behind the curtain.

Have you ever wondered how Peril, the game played by the immortals is carried out?

What are the rules?

Who are the gamers?

Can I play it?

What equipment do I need?

An Immortal's Guide to Tarth has all the inside scoop, with downloadable playing guides built right into the book.

Where to Buy An Immortal's Guide

The original cover of An Immortal's Guide to Tarth was a finalist in the 2017 Electronically Published Industry Coalition (EPIC) Ariana Cover Awards. I updated it in 2020 to match the branding of the other books.

Read An Immortal's Guide to Tarth for free