Tarth, the empire's capitol, is a glittering jewel in space. Its networks of shields create harmonics of varied frequencies. These alter the wavelengths of color, turning the rich forests, rivers, and cities into streams of bright greens, vibrant golds, and shining silver. Once inside the external shields around the planet, the appearance returns to normal blues, greens, and browns. 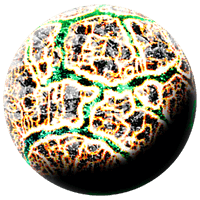 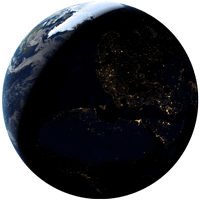 Security is high on Tarth, and ships entering the guarded space are subject to boarding and destruction without proper passcodes.

Tarth City (image below, showing a view of the Nizamrak Building) numbers 40 million people divided into 153 districts averaging 260,000 residents each. A twelve-block-wide park bisects the entire city, providing greenspace and recreation. The transportation system is the most advanced in the empire, and hustles commuters on round-the-clock shifts throughout the city. Ground traffic is permitted only with special license and is granted only for specified times of the day. 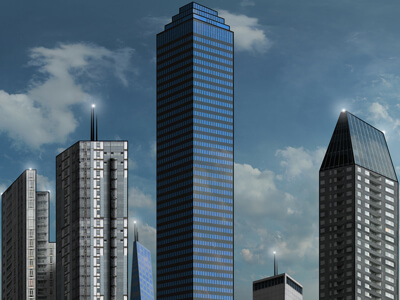 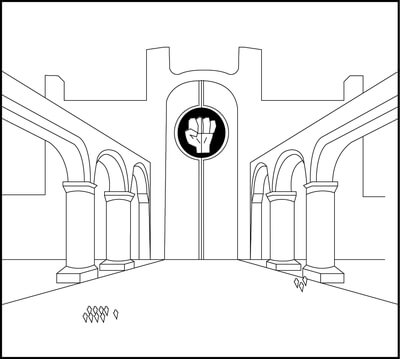 Conqueror's Palace on Tarth (for size, note the guards in forefront)

The Conqueror's Palace on Tarth is hewn from white marble imported from Sanity III. Since the planet was taken apart and used for terraforming resource material, the marble is irreplaceable. Note the size of the guards in comparison to the wall. The palace is visible from high orbit and dominates the city skyline. Only a handful of buildings are taller, including the Nizamrak Building.

As an example of the city's advanced transportation and public event capabilities, Destine Pietan Stadium can hold up to 65,000 people, and has a ticketing, entry and egress system which accommodates up to three shows daily. There are never lines, waiting, or crushing crowds. Tarth City is the showcase of the empire.