More personal details regarding my family activities or events.

A Cop for Christmas? #HolidayRomance #MistletoeHop

Welcome to the Christmas Mistletoe Hop! 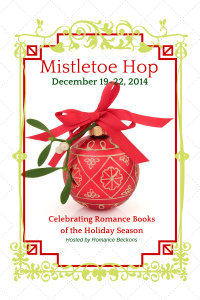 You’ll find two Christmas giveaways at the end of this post, a downloadable PDF with insights into the story of A Romance for Christmas, and a free, 22 page Christmas cookbook. No signing up for anything; no clicking; no entering a contest — just download and go. Merry Christmas!

In his old room, Scott stripped out of his uniform and put on sweatpants and slippers. On his bed was the loose T-shirt with a blond-haired elf on the front that his mother had given him the year before. The elf was shirtless, wearing red boxer shorts with holly on them, and he was licking a candy cane while dangling a round ornament on one finger of his other hand.

Upon seeing the shirt when Scott unwrapped it, a cousin had started singing, “Don we now our gay apparel…” and had broken into riotous laughter. That didn’t stop the family from insisting he wear it. He was sure he’d asked Mary to give it to Goodwill, so how it had shown up again this year he couldn’t explain. Yet, there it was. It could only have come from one person.

“The things we do for our mothers.” Scott slipped it on over his head and headed for the kitchen.

Scott’s Elf from A Romance for Christmas by Kayelle Allen

He leaned against the door jamb, enjoying the sight. His mother was chopping things for the stuffing and adding them to her biggest bowl. His dad sat at the end of the counter, reading a Popular Science magazine. Neither seemed to pay attention to the other, but while his mother was cooking, Dad always kept her company. She’d crochet in a wooden rocker in the garage while he worked on the boat he was building. As if they couldn’t bear to be parted from one another, even though they didn’t talk much. Maybe they didn’t need words.

Scott had thought he and his wife would be the same, but he and Mary had shared a different lifestyle. Both were often busy, and sometimes saw each other only in passing. He’d worked nights, and she’d worked days. She’d had a downtown office, working as an architect for government housing. Time spent outdoors had given her a great tan, but exposed her to hazardous toxins no one had known were in the old buildings being demolished. When she fainted at work, the company sent her in for a check up. After the diagnosis, the project had been shut down immediately, but cancer took a quick toll. Mary was gone in six months. A government investigation into the cause was still ongoing.

Scott now had sole custody of a four-year old daughter and a job that took him into danger every day. He’d shifted to the downtown beat and day shift because it seemed safer, and he could still do what he loved doing: Helping people.

“Well,” his dad said, not looking up from his magazine, “Are you going to help your mother or stand there in that dumb elf shirt?”

His mother braced both hands on the counter. “That shirt cost more money than any three pairs of your pants.”

“Did not. I paid a pretty penny for these pants.”

His dad snorted, and went back to his reading.

—
And doesn’t that sound just like a family at Christmas? Everyone has an opinion. Scott wears the shirt to pick up Dara for Christmas dinner, and is surprised by what she has to say. I won’t spoil it by telling you. I hope you enjoy the story.

Thank you for popping in today. Here’s the link to the free Christmas cookbook and the free peek inside the book. Both are in Adobe Reader (PDF). This is not a contest — everyone who wants one may download it. No sign ups required.
Download the Christmas Cookbook: https://kayelleallen.com/media/Christmas.Cookbook.from.Kayelle.Allen.by.Rachel.Paxton.pdf
Download Peek Inside A Romance forChristmas: http://bit.ly/rom4cmaspeek
Sign up for my occasional newsletter, Romance Lives Forever. You can unsubscribe at any time.
Click on the blue word to take part in the Mistletoe Contest on another site.
Join our Facebook event and win more prizes: Mistletoe Hop

A Romance for Christmas by Kayelle Allen

A cop at the door on Christmas Eve brings an unexpected gift. On Amazon’s best-seller list — A sweet holiday romance showcasing love, loss, and the spirit of giving.
It’s Christmas Eve, and the end of a year in which everything Dara loves has been lost. Everything but her little girl and a fierce determination to survive. When a cop brings Christmas to her door, he brings another gift she never expected to get.

What Christmas Is, Good and Bad #holiday #giveaway

Not all Christmases are cheery and bright, but the holiday is what you make it. The book A Romance for Christmas features a heroine who’s lost her husband, and has only her little girl at the holiday. What Christmas is for her is a time of giving selflessly. She sacrifices to provide for her child. When someone gives to her, it changes her entire perception of what Christmas is.

In my life, when the holidays don’t turn out the way I expect, sometimes it’s because I didn’t let others know what my expectations were. With that thought in mind, here’s my list of what Christmas is, good and bad. 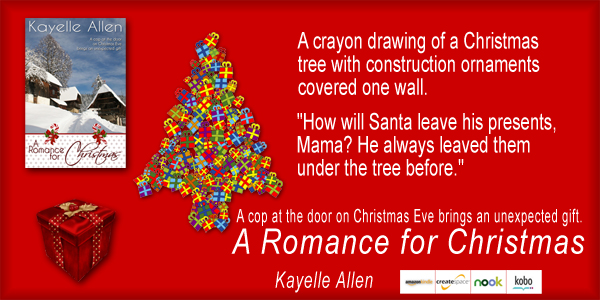 A Paper Christmas Tree from A Romance for Christmas

Below, my gift to you, a Christmas Cookbook for you to download and enjoy.
No sign up required, no lists to join, just click and go. That is what Christmas is, right? Giving? I hope you enjoy the cookbook. Merry Christmas!
https://kayelleallen.com/media/Christmas.Cookbook.from.Kayelle.Allen.by.Rachel.Paxton.pdf

A Romance for Christmas by Kayelle Allen

A cop at the door on Christmas Eve brings an unexpected gift.
A sweet holiday romance showcasing love, loss, and the spirit of giving.
It’s Christmas Eve, and the end of a year in which everything Dara loves has been lost. Everything but her little girl and a fierce determination to survive. When a cop brings Christmas to her door, he brings another gift she never expected to get.
Peek inside the book: http://is.gd/rom4cmaspeek
Find Your Copy
Amazon http://amzn.to/1wpW8qE
Barnes and Noble http://bit.ly/1wpYfL2
Kobo http://bit.ly/1wpYndJ
iBooks http://bit.ly/1oZ8CGB
CreateSpace (Print) http://bit.ly/romforcmas

Listen and Write to 30+ Hours of Nature Sounds #nature #amwriting 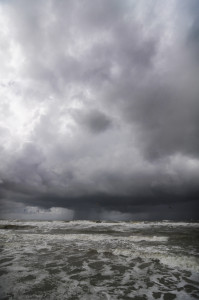 A storm over the ocean

Sometimes I listen to music while I write, and other times I like it quiet. There are times when nothing but the sounds of nature will do. My husband likes to listen to nature sounds mixed with piano, such as rain or ocean. I helped him discover some videos on Youtube that mix sound, music, and images to create calm.

Create your own ambient sounds of nature by using the sliders found here. Click and give the various types a listen. http://asoftmurmur.com/ Add a little wind, a little bit of waves, and some medium thunder. You can save your settings by clicking the share button, and copying the URL to your bookmarks. Here’s one I like. http://asoftmurmur.com/?v=003a0026000000000013

Next time you need a bit of quiet in which to write, try one of these sites. I hope you enjoy listening to them!