Lexicon of Felis, the Kin Language

Here's a scene where Felis is in use within a story. As you can see, the language is translated in context, so do you need this lexicon?

No. But I do -- so I can keep my story straight. You're welcome to use it to string together words, play with a language no one else speaks, and spend an interesting afternoon perusing this 50+ page lexicon of words you might never see me use in a book. 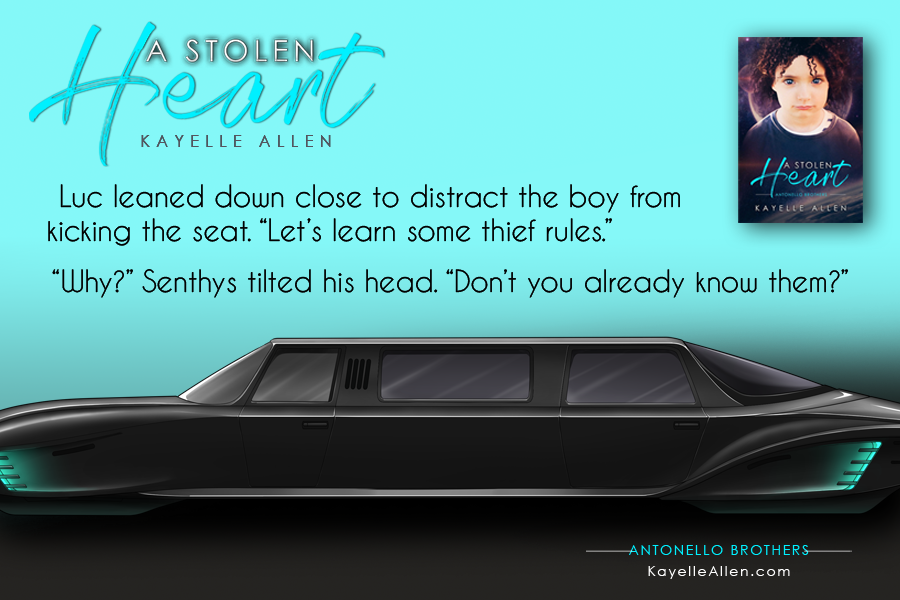 Speak the language of the Kin people

In the scene below, Luc Saint-Cyr is in his hoversine, a flying limo that floats above the ground and can fly when needed. He's just asked his new idBot liaison to show herself. This is their first introduction. Is it a spoiler if I tell you this isn't the last book where you'll see her? Enjoy the excerpt.

Excerpt from A Stolen Heart

The holopresence of a seated woman looked as solid as the real thing. IdBot scrimped on nothing.

The woman had dark hair, golden-hued skin. Athletic. The green and black-trimmed uniform of an idBot Guard. Catlike ears perched atop her head and she had the slit pupils of a cat but in a human face.

He should have suspected she was a Kin, by the level of sass.

"How are you, Mr. Saint-Cyr?" She wore a blue bead of a Lexius clan warrior in her hair. It hung in a single braid on her left, designating the highest privilege among her people, but beneath it hung beads in the colors of the sixteen clans.

What was that Kin insult? You don't have the beads to fight me. Apparently, this one thought she did.

"I'm a Kin?" She reached up, felt one pointed ear. "I think you're right." She gave the ear a swipe, like a cat grooming itself. "And you're human." She crossed her legs.

"According to my DNA." He steepled his fingers. "Whoever assigned you to me either wants to get rid of you, or they think the fact I speak Felis will make a difference."

"Dok cho," she said, in the slow, breathy tone of the language. "Sten til du?"

"Any schoolchild knows 'Fine, thanks, and you?' but you said it without much accent. Well done. I've been told you're a warrior among your people and hold great honor despite a lamentable lack of beads to prove it." She angled one ear and then extended a single claw. Toying with that long braid, she regarded him. "Your curls are lengthy enough to hold two or three, if you had beading skills."

"You're welcome. And you're right. Life speaks louder than beads." She tossed back her braid and scooted forward. "My people say that to face an enemy, you must sharpen three things; your wits, your blade, and your fangs. I hear you fired the last ten people who worked for you. You'll keep me."

"Is that supposed to intimidate me?"

She settled back into her seat. "I doubt the man who owns half the citizens in the empire can be intimidated."

"I own things. Not people."

"Forgive my poor choice of words. You are the power half the empire bows to."

He would not argue that. It had taken multiple lifetimes to set up.

"Sir, you'll keep me because the others didn't get results. They were trofee. Beadless. Useless. Results are my specialty."

"That remains to be seen. Say your first name again, Ms. Lexius."

"Shohn. Like the stars at night. You not only know my clan, but unlike most humans, you pronounce Lexius as lex-eye-us, as it should be. Do you comprehend what my beads mean?" She tugged on the long dangle of braid.

"You're unmarried, a warrior, and earned the right to wear your status multiple times. On your homeworld, you'd be royalty, but instead, you wear the colors of all clans, marking you as a rebel who fights for equal rights."

She raised her ears. "I am impressed. For someone wearing solid black contacts, you have excellent vision and you know our customs. You might be worthy of my service."

"And you might be worthy of keeping purely for your sense of humor." Not to mention sass, though he'd never admit that to her.