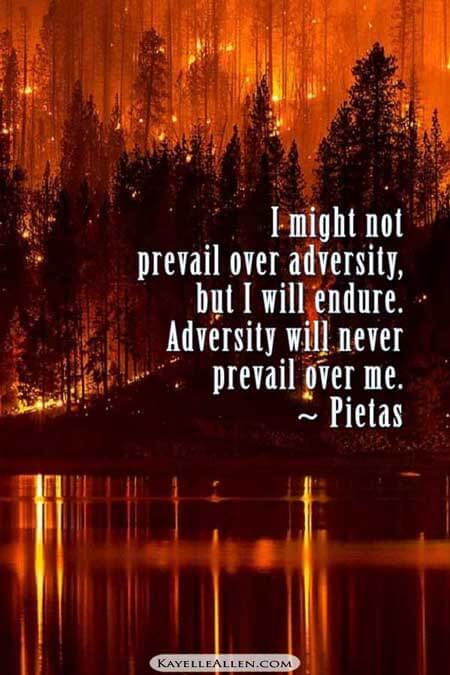 When Your Villain isn’t a Villain #writerslife #amediting

Villain: wicked or evil person; someone who does evil deliberately; principal bad character in a film or work of fiction (WordWeb). I’d like to add to that: character who refuses to cooperate with your plot.

I started with the definition of villain so we both speak the same language. Mine was named Pietas and he was the bad guy in a book I’d written, edited, rewritten, re-edited, and restarted nine times since 2008.

I picked it back up, considered it, and set it aside again multiple more times before I realized my problem was not with the plot, the hero, or the concept. It was the villain.

My problem was with my immortal Ultra, Pietas.

He would not do any of the things I thought a bad guy should do. Seriously? A villain who doesn’t even swear? What kind of bad guy is that? Although he had used a “bad word” in a book no longer in print, that was me badly writing his character to fit my “vision” of who he was. It felt wrong at the time but I didn’t listen to my gut. I should have.

Like any proper scoundrel, Pietas was cold and inhuman and his followers obeyed him without question. But unlike the usual dastardly-deed-doer, the minions of Pietas followed him out of loyalty. I’d missed something in creating this villain of mine and I didn’t know what it was. I figured I had to either put the book away forever or find a way to make Pietas behave.

Those who know the Bringer of Chaos are laughing right now. Make Pietas do what? Right!

Talking to a writer friend, I lamented about this frustrating villain and how difficult it was to write about a narcissistic sociopath. She laughed in my face and informed me I couldn’t be more wrong. He was not a villain at all, but a passionate, honorable, and humble man who’d been put in a position of being the heavy.

To which I replied, “No, no. I’m talking about Pietas.” Turned out, so was she. Obviously, I had missed far more than I suspected. But what?

With her help, we set up an “interview” where she would ask me questions and I would answer as Pietas in a free association format. This is a thought process in which ideas, words or images suggest other ideas in a sequence. Using what I already knew about him, I would try to figure out how he’d answer. I’d role play. Why not? Pietas was not only the king of the immortals in my story, he was the Gamemaster in the role-playing game they all obsessed over: Peril.

We agreed to record it so I could go back and listen again. She would ask open-ended questions that couldn’t be answered “yes” or “no” which would elicit conversation. We talked for well over an hour. She asked “Pietas” about his father, how he felt about his mother, why he did not get along with his sister, and why he was so hung up on a previous lover. What had happened to him as a child that made him angry now? What did he hope to accomplish?

By the end, I had a far deeper understanding of the immortal king. I got to know the real person and not the superficial character I’d written. What showed up in other books was the person he presented to the world. In reality, the psychotic front he showed to others was not at all who he was.

That insight changed everything.

I got to work writing his story instead of the one I’d wanted. When I finished Bringer of Chaos: the Origin of Pietas and released it, one reviewer said “He’s painted as a complete psycho in other books. It’s really great to get some insight into who he truly is.” Readers told me they felt Pietas was a real person and I was channeling his energy. My heart sang. I’d accomplished my purpose and revealed the true person to the world. Although, now I had to deal with Pietas, who wasn’t all that happy about the big reveal! I’ve sweet-talked him into bringing his truth into the light, so we should see several more books in his series.

I’ve been busy writing the sequel to the Origin of Pietas. I’m on the last few pages now. Here’s the blurb for the new book, Bringer of Chaos: Forged in Fire. (updated cover on the way)

Reviving after death isn’t all it’s cracked up to be and wounds of the heart take forever.

When Pietas reunites with the immortal Ultra people he was born to lead, they reject his human friend, Six, a member of Ghost Corps. Ghosts, their most feared adversaries, are resurrected special ops soldiers who possess enough strength to perma-kill Ultras.

Six is taken hostage, and Pietas must free his friend, deal with the brutal father he’s detested since childhood, make amends with his sister, and rescue his ailing mother. Meanwhile, the tempestuous affair he rekindles with a beautiful, telepathic warrior he’s adored for centuries lays bare long-held and deadly secrets.

The gift of telepathy he’s always wished for activates at the worst possible time, but it gives him one huge advantage. He bonds with an ally who harbors every bit as much hatred for his father as Pietas does: a tribe of genetically enhanced panthers. As much as he loves these noble creatures, connecting with their feral bloodlust threatens to undermine his legendary self-control.

How can he even hope love will withstand the unstoppable berserker rage within the Bringer of Chaos? If it can’t, Ghost Corps will be the last thing Ultras need to fear.
—
To know when this book is released, join the Romance Lives Forever Reader Group.
Pick up Bringer of Chaos: the Origin of Pietas