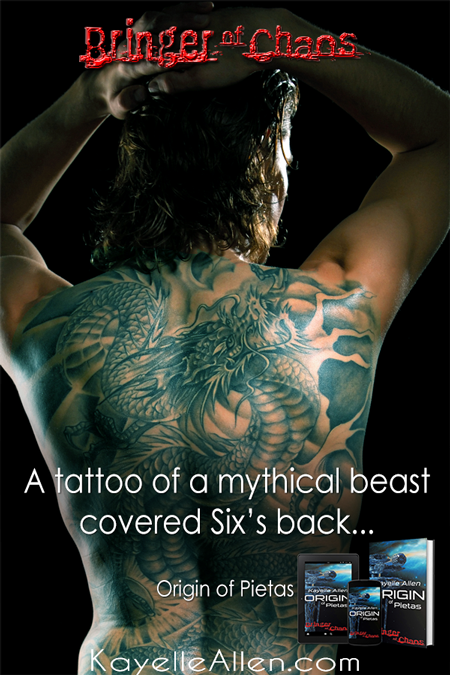 If this is good news, why hide behind a fake face? #SpaceOpera #FreeBooks

We've spent the last few weeks talking about the cosplay for Pietas.

However, the single most important person in Pietas's life, other than his family, is a man called Six. Today's post is a scene from the story Lights Out, which chronicles how Six and Pietas met. I'll give you a hint. There was instant respect, but not instant friendship.

In Origin of Pietas, Tornahdo receives the name Six, and it's a direct result of what happens in Lights Out.

The Ghost Corps consists of special ops soldiers who have died, and have been resurrected with the blood of an immortal Ultra.

This scene begins with the delivery of a mission by a man wearing a "fake face" -- which the hero knows right away does not bode well.

The unlit room where Tornahdo and his crew waited closed in as if the walls pulled together and the ceiling sank. The longer they waited, the thicker the air. Warm, heavy with sweat and the tart bite of fear, every breath choked the senses.

More than one ghost pulled at his collar. Tension arced through the room, lightning skating over a metal fence.

Was the anti-emo chip even working?

After half an hour of waiting, no one had spoken.

Tornahdo, for one, wasn't failing it.

The door opened, bringing a shock of icy air.

They all knew they were being sent to die. They were ghosts. That's what ghosts did. They hammered at Ultras until they perma-killed them or they kept Ultras busy until others escaped. But at least they were getting to breathe first.

In walked a person close to seven Terran feet. Silhouette looked male. Tall enough to be an Ultra. He strode into the center of the room and beckoned everyone closer.

No clue who hid behind the full-body fake-face. It cycled through various images, too fast to keep up. Like trying to count air bubbles rising in a pool.

Remaining at the back, Tornahdo stood at ease.

"This is the best day in human recollection." Speaking through a voice changer, the voice took on genderless robotic tones. "Today, we make history."

If it was such a good day, why hide behind a fake-face and a voice changer?

The chip in Tornahdo's head pinged a stinging reminder to avoid such thoughts. He reined in his doubt and focused.

"This mission is called Lights Out. Your duty is simple. Chancellor Pietas is unconscious. You'll put him in a lifepod. That's it." The guy paused. "Questions?"

A tall ghost removed his helmet. "How can Ultras be unconscious?"

"The peace talks were a trap. When Pietas and the Council arrived, we told them we'd jettison their module unless they entered their lifepods, which they did. Except Pietas, of course, so we siphoned the air out of the room. Before you go in, you'll hyperventilate, store up oxygen. This room is being pumped full at a high rate. Your chip will aid you."

Twelve of them. In a vacuum. Against the Ultra called Bringer of Chaos. Whose motto was, "Pain is a warrior's ally."

No number of chips made that doable.

Two ways to get Lights Out for free.
Join a reader group on my site and it's yours right away.
Or, pick it up on StoryOrigin, where it's part of a host of free Sci Fi and Space Opera books.

Origin of Pietas is 99 cents thru December

10 thoughts on “If this is good news, why hide behind a fake face? #SpaceOpera #FreeBooks”