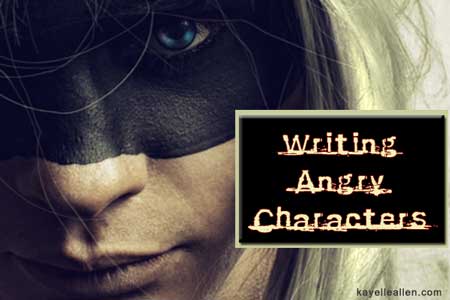 How do you write an angry character? #AmWriting #SciFi #MFRWhooks

Welcome to this week’s Book Hooks, a snippet or intro to a book to whet the appetite and invite you to check out more.
Anyone could show anger when they are wronged. If someone steals from you, or cheats you, you’ll be furious, and rightfully so. But what if you have a character whose nature seems to exhibit more anger than usual? This is often true of a villain, but anger can be a problem for heroes and heroines as well.

Anger often comes from environment. Hunger, abuse, neglect, poverty, unjust treatment, lack of freedom — all these can lead to anger. If you’re writing an angry character, here are some things to consider for their back-story.

While most of the time, we know quite well when we’re angry, that is not always the case. An angry character might not express anger out of fear of reprisal, or to keep from hurting someone. But they might lash out in passive ways. Here are several.

Often, people experiencing passive anger do not realize it (at least at first). Others might think the character is intentionally sabotaging himself. He may not able to explain his actions. He is “out of sorts” and grumpy.

In one of my earlier books, Pietas fits this bill perfectly, and he knows it. Here’s a quote from Alitus. “What was that word you used last time? Oh yes, ‘fractious.’ What an entertaining word. ‘Likely to be troublesome.’ That was my favorite definition. It fits me, don’t you think? ‘Pietas tends to be fractious.’ A true statement. So, sister, you know I become ‘fractious’ when I’m annoyed. And you have annoyed me greatly today.”

When a character expresses anger aggressively, he is fully aware of what he’s feeling. There’s no wavering. That doesn’t mean they know the root cause of their fury. If an angry character isn’t aware of why he’s so angry, he might display the following:

An aggressively angry character has not learned how to recognize his triggers. He does not manage the symptoms of anger. What are those? That’s next.

Physical Symptoms of an Angry character

If you have an angry character who has dealt with anger long-term, there are physical effects. While more than anger can cause the following symptoms, they are an indicator that something is wrong on a deeper level, beyond the physical.

To show your angry character struggling with life, add some of these symptoms in what may seem an unrelated area. Readers will pick up on these clues. This is one way to show, not tell. That being said, it’s not wrong to name the emotion, because your character may recognize it, or recognize what he thinks he’s feeling.

However, he might not realize that the emotion he’s feeling comes from a deep-seated anger. And if he does, he might think it’s with someone other than the true person who’s angered him. The emotion might be clear and distinct, but its root is not.

Characters are people. When written true to life, they can have hidden emotions. Here's how to reveal an angry character. #Book Click To Tweet

In this scene from Bringer of Chaos: Forged in Fire, the immortal Pietas is about to face his father. Though hardly a child (he’s 1900 years old), that same feeling he’d experienced since youth dogs his steps. Pietas has ducked under a small waterfall to clean up 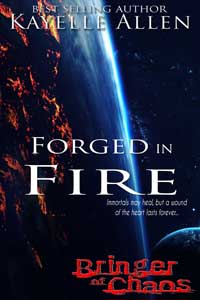 before joining others. His human friend, Six, joins him.

Six waded into the pond, stuck a hand under the falls, screwed up his face, and stepped beneath the water. He sprang back out and danced around, shivering and swearing.

Pietas bit his lower lip to keep from laughing out loud. “That might have been the shortest shower in the history of mankind.”

“That’s freezing! How can you stand there with liquid ice pouring over you?”

“Yeah?” Six sloshed through the pool. “I figured out something. You Ultras are supposed to be genetically enhanced. You ask me, they packed more strength genes into you by yanking out the genes for hot, cold, and sleep.” He pulled off his shirt and wrung it out. Even in the lessening light, the teal dragon tattoo across his back showed. He put the shirt back on, muttering about ice water the entire time.

Pietas stayed under the numbing flow, wishing it had the power to numb his dread. He faced every fear, ignored every pain, refused to permit regret any place in his life. But dread? Dread dogged his steps. No matter how hard he fought, dread seeped into his life, insinuated itself under his skin, and muddied his decisions.

How have you used anger in a character’s arc? Leave a comment below. Be sure to click other links in the hop!

12 thoughts on “How do you write an angry character? #AmWriting #SciFi #MFRWhooks”