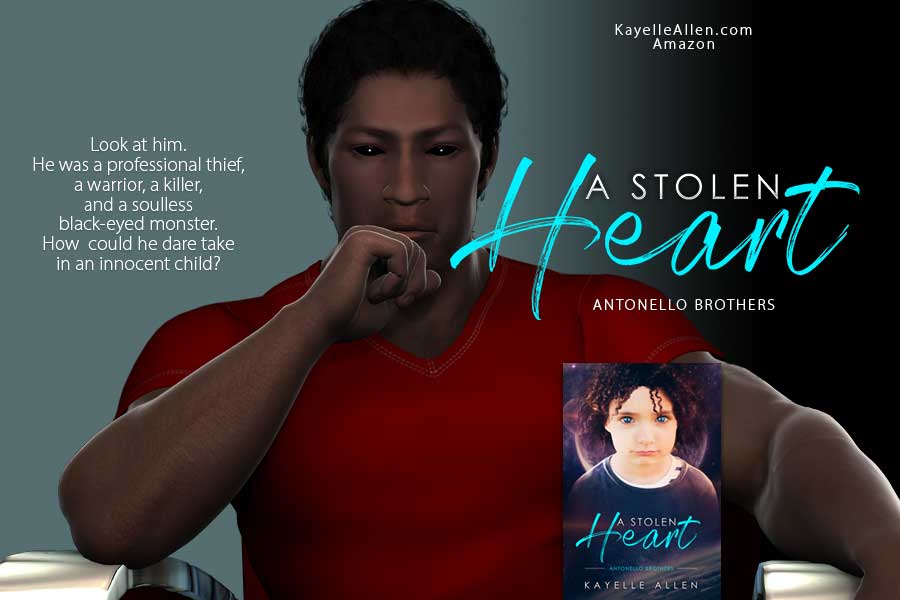 How could a killer with soulless, nightmare eyes ever care for a child? #Excerpt from A Stolen Heart #SpaceOpera #MFRWauthor

Nightmare Eyes: a scene from A Stolen Heart

(this book is coming soon)

Luc has rescued a half-human three-year-old boy and to protect him, is taking him home as part of a foster program. Having worked with human teenagers for decades, he's comfortable with young people, but  children baffle him. And because his real eyes--his nightmare eyes--are terrifying to humans, he never reveals them to anyone.

While they are in Luc's hoversine, he realizes this child has better vision than most, because he's commented on something far in the distance.

"I can't believe you can see that far."

"I see better than humans." Senthys folded his hands. "Can you see that far?"

"You mean because I have 'weird' eyes?" Nightmare eyes, more like it.

"I have better vision than most people." How odd to have a discussion with a child. Usually, none stayed in his presence long enough to say hello.

"My eyes?" His real eyes would send the boy screaming in the other direction, but it was sweet of him to show concern. "They don't hurt. I cover them for protection."

The boy squinted. "Do my eyes need 'tection?"

"Pro-tection." He patted the boy's hand. "Yours are fine. Mine are sensitive to light." It was an old lie but kept people from asking him to show them his real eyes. He fished out dark glasses he wore in the event of a lens failure, and put them on. "I wear these if I'm in the sun all day."

Luc considered it. "Why not?" He pulled them off and helped the boy adjust them over his ears and nose.

The wraparound glasses dwarfed the young face. When they slid down his nose, the child tilted back his head and pushed them up.

"Don't move." After pulling out his mobile, Luc captured an image. Without proof, his friends would never believe he'd been this close to a child without it fleeing in terror.

"Do us!" Senthys patted the seat beside him. "Take our picture."

Luc set his device to hover an arm's length away, then put his head closer to the boy's. "Portrait. Capture." The mobile made a soft click signaling completion.

When he showed the image to the boy, Senthys squealed. "That's me! And that's you."

"Yes, it is." The glasses had the name Draap on the earpiece. No kid this age could afford those and it was Luc's preferred brand. Proof he hadn't faked the entire thing. His friends would lose substantial bet money with this.

---
Be sure to scroll down and visit other authors in this hop!

You'll find Senth and Luc mentioned in many books in my story universe.
Download a printable book list and check them off as you read.

12 thoughts on “How could a killer with soulless, nightmare eyes ever care for a child? #Excerpt from A Stolen Heart #SpaceOpera #MFRWauthor”