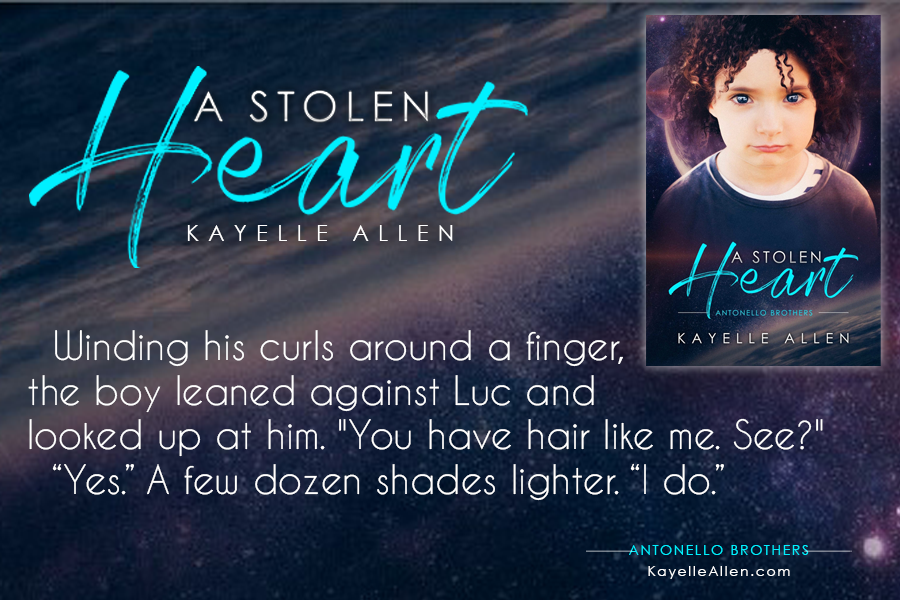 Play Ball: Oops. Luc should not have done that #Excerpt from A Stolen Heart #SciFi #MFRWhooks

In this scene, Luc has been dealing with business issues and is finally free. He's leaving soon, and hopes to spend a few minutes with Senthys. He doesn't expect to find him in the yard alone with a ball. Why wouldn't the others play ball with him?

Set up: A Deshai is a student in the Thieves' Guild. Luc has trained five and the youngest, Nikko, is about to graduate from the Academy and leave home. Nikko is away taking finals as the scene opens.

Eager to see Senthys, Luc hurried upstairs, but the practice room was empty. A faint sound drew Luc to a tall pair of windows overlooking the back.

Like other houses in the neighborhood, a wooded and fenced yard allowed room for sports and exercise. The house had its own gym but no pool. The boys swam in the jointly-shared neighborhood pool a block over, or at the Academy.

In a sunny area, four of the guys had formed two teams and were hitting a ball over a high net. The Thieves' Guild considered hand-contact sports good for developing muscle, but also dangerous. To avoid injury, while the ball was physically soft, the Tyran technology inside made it react as if it were harder. It turned blue when a point was scored and red when lost. Yellow indicated out of bounds.

Nikko was not down there, which meant he must be taking finals. So where was Senthys?

Luc changed to the other window.

A rigid pole with a lead clipped to its top had a ball attached at the end. When activated, the ball could be hit by one player, and it would react as if being struck back by another. Two could play against one another, or vie with the tech, trying to score more hits. Depending on the setting, it could dodge above their heads or swoop lower.

Though too short to hit the ball properly, Senthys could reach it, and he hit it hard enough for it to wrap around the pole and come back. More of a push, but it spun around the pole, far too high for him to touch. He jumped toward the moving ball.

Why weren't the others involving him? If they wouldn't, he would. Luc threaded his way down the stairs, out through the kitchen and into the backyard.

As Luc arrived, Nikko opened a gate in the fence and walked through, drawing everyone's attention. When he pumped both fists in the air, Luc and the others cheered.

Senthys did too. The ball came back around, struck him in the forehead and laid him out flat on his back.

Luc raced to the boy and knelt.

The child blinked, a bright spot in the middle of his forehead.

"Are you hurt?" Afraid to move him, Luc touched the boy's foot.

Senthys looked up at all the Deshai, who had gathered around him, then at Luc. He grinned. "Do it again!"

A collective groan of relief from the Deshai mixed with their pained laughter.

Luc sank to the ground.

Brinn laughed. "Yeah, you don't ever want to make him come after you!"

In his haste to reach Senthys, he'd set aside thousands of years of training and reflex and used his powers without a single thought.

The Deshai went back to their game, and Luc held out his hands to the boy. When Senthys came to him, Luc pulled the boy close and hugged him like he would never let go.

Please check out the other authors in this blog hop, linked below.

The story is complete, and when published, will include a bonus book, Behind the Scenes of A Stolen Heart. In it, I'll share secrets with you about the characters -- things that aren't revealed in the book.

I'm hoping to find reviews and reviewers. Is that you? I have advanced pre-edited copies in epub, mobi, and pdf waiting for you to download on Story Origin and BookSprout.

This version is self-edited and will be sent out for its final edit next week. I'd be happy to get questions if you have any, or if you were confused by anything. An early review would be a great help. Thank you!

You'll find Luc and Senth mentioned in many books in my story universe.
Download a printable book list and check them off as you read.

10 thoughts on “Play Ball: Oops. Luc should not have done that #Excerpt from A Stolen Heart #SciFi #MFRWhooks”