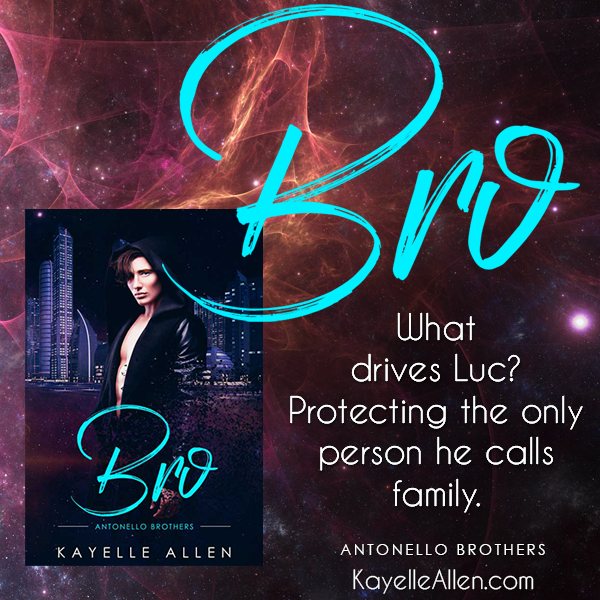 In this scene, Luc and his son share a typical father and son moment. Awkward, sweet, and filled with memory.

"Is that the info?" Senthys nudged his chin toward the reader. "What else does it say?"

"In good time," Luc responded. "I adopted you but didn't change your last name to Saint-Cyr so if your family looked for you, they'd find you, and that's how it happened. A worker at the Guild mentioned to this person that he knew another Antonello. One thing led to another."

"That's why you kept my name?"

"I thought--" Senthys eased back into his chair. "Never mind."

"Say what you're thinking."

His son didn't react at first, but finally lifted his head. "I figured... you were--you know." He gave a small shrug. "Ashamed of me."

"What? No! I am inordinately proud of you." Why did his son not see that? "Why would you think I wasn't?"

The youth traced a pattern in the wood. "I figured if you were proud, you'd have wanted to tell people about me." He peeked up under his lashes. "Instead of making me hide."

His son could not have cut out Luc's heart any better with a knife.

"No! That was never why. Son." He reached for Senthys but placed his hand flat on the table. "I promise you." He held his son's gaze, willing him to understand. "I am indeed proud of you. I hide you to protect you."

"You're my father. It's public record. You own the house where I live. You sponsored me into the Guild. I don't see how that's hiding."

Luc sagged in his chair. "Do you have any idea how much it costs to buy off the media? There are almost two dozen planets in this empire. The media exacts a heavy toll on silence when--" He stopped himself. Lowered his voice. "You don't need to know the deals I make and you don't need to make it more difficult--or expensive--for me to protect you from the fame that dogs my every step. A thief can't work in a spotlight." He drew back. "Most of the time, neither can I."

"What you're saying is--you've been protecting me?"

How many times had he said that exact thing? Did this child never listen? With yet another reminder to pick his battles, Luc tamped down his frustration. "Yes."

The adorable blue eyes and shy smile that had charmed Luc when Senthys was a toddler flashed across his son's face and then was gone.

No sweet little kitten remained a kitten forever. No matter how much you wished they could.

You'll find Luc mentioned in many books in my story universe.
Download a printable book list and check them off as you read.