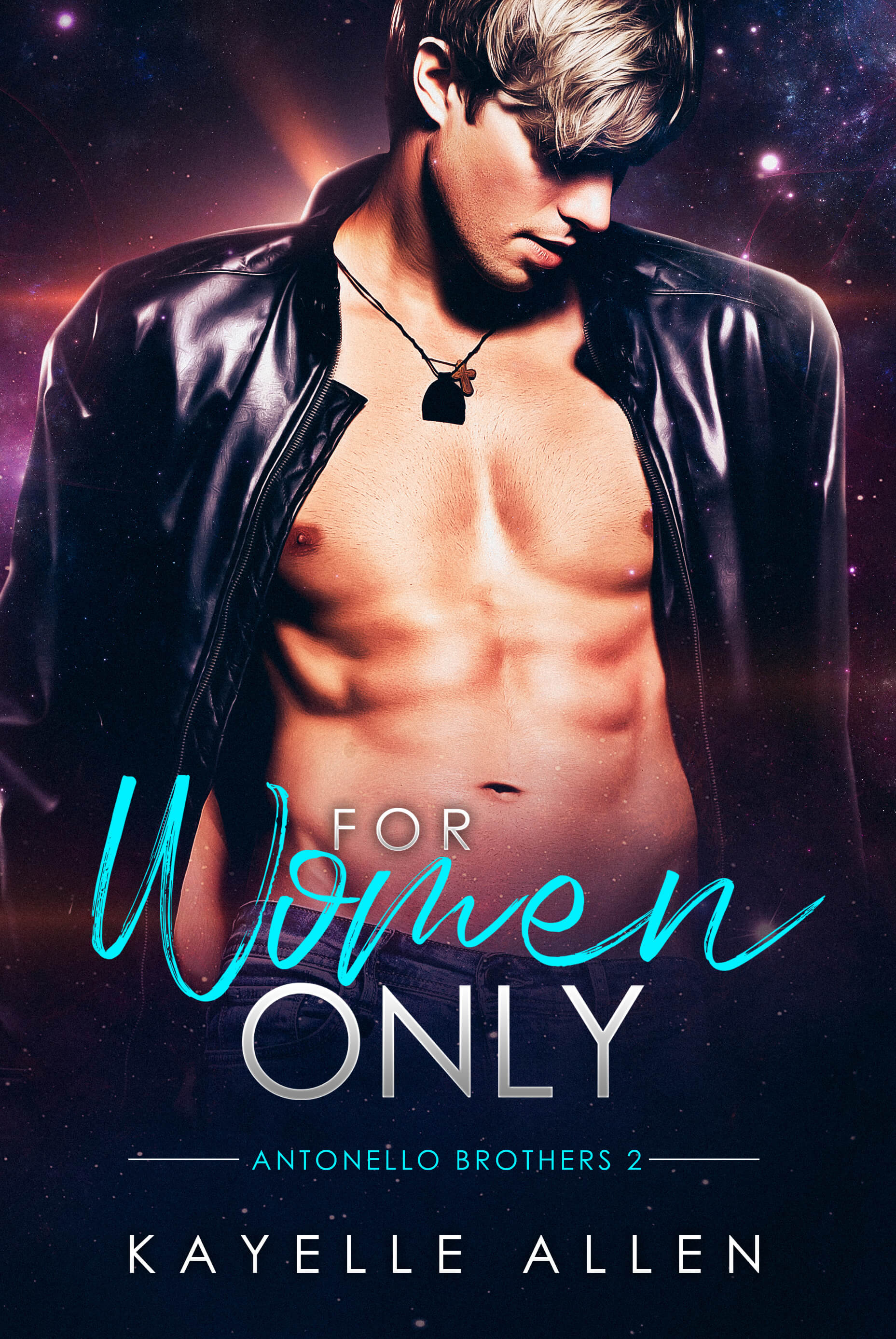 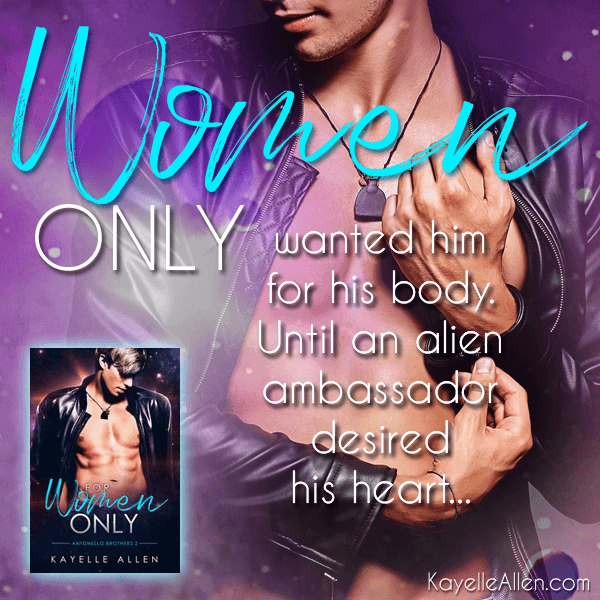 In this scene from For Women Only, Khyff is arriving home after a
whirlwind tour of ten planets as security for a Kin rock group. Problem is, even though
he works security for the feline-humanoid band, Kin terrify him. Which is a problem,
because he has one for a half-brother...

Khyffen Antonello flinched at the disembodied android voice. He let out a frustrated sigh. "I am never going to get used to that. IdBot?"

"Yes, Mr. Antonello. Would you like to know the dates of your requests at this time?"

"No, I would not. Just change the greeting. Call me Khyff."

"Yes, Mr. Antonello. Greetings and welcome protocols are found in the home security system settings in the main system. Would you like to adjust them at this time?"

"No." His shoulders sagged. Talk about a troublemaker... "Remind me later. I've been away for a month, okay? I'm a little tired."

"Yes, Mr. Antonello. A reminder has been scheduled." Locks activated with an audible click, and a slight increase in pressure on his ears told Khyff the flat had been sealed. "Premises secure."

Khyff dropped his travel bag. The long commute had left him stiff, and he rolled his shoulders. In the living area, he swiped two fingers across a table and frowned at the dust. The cleaning droids had been skimping again. Not every machine was as efficient as idBot.

"Might be a good thing." Khyff stretched, working out kinks. "IdBot, play music." The blare of hard rock made Khyff jump. He clamped both hands over his ears. Drums thundered and boomed behind a wailing voice he'd heard on tour every day for the past month as security liaison for Wind and Thunder. "End music."

The silence made him groan with pleasure. "That's better." He lowered his hands. "IdBot, how did that music get on my setup?"

"My brother is back."

The troublemaker was back. Yay.

"You could've warned me my brother was home when I got in the door."

"Never mind." Khyff rubbed his temples. A tantalizing whiff of cookies baking made his stomach growl. He entered the kitchen. The foodsynther hadn't worked since he moved in, and nothing sat on the counters.

The magnets on the fridge lit up when Khyff approached, flashing all the local specials from restaurants within their delivery area. He sniffed. None of them smelled like cookies. He'd tossed out the one from Zhkarr's. The Kin fish market restaurant might appeal to some, but Khyff gagged thinking about it. That place was for Kin, and he steered as far clear of the feline humanoids as possible.

He sniffed the air and followed the scent to his brother's bedroom door.

"Senth?" He knocked and opened the door. "Man, those cookies smell so--"

Senth grabbed at bed sheets. Beneath him, his fiancée, NarrAy Jorlan, yelped and covered herself with both arms.

"Sorry!" Khyff snapped the door shut. "Sorry!" He rubbed the back of his neck. "Oh, man. That was more of Senth than I ever wanted to see."

In the kitchen, Khyff opened and shut cupboards, clattering cups and spoons for tea. The image of NarrAy naked burned into his thoughts and refused to go away.

His half-brother emerged from the bedroom and padded toward him, Senth's movements smooth as a cat's. He wore denim jeans but no shirt, and his tight abs gave mute evidence of his strength. Since Khyff had seen him last, the little troublemaker had put on height. Khyff was now the shorter one. Though a free man, Senth wore his curly hair even longer than he had as a slave. It fell down his back.

Senth narrowed his feline eyes. Except for his eyes and fangs, he looked human, until you got him mad.

"Sorry, Sen." Khyff stepped behind the counter, putting space between himself and the HalfKin. Khyff's stomach fluttered. "I know NarrAy's pheromones smell like butter and vanilla. I should have known it was her and not cookies, but I didn't think. I haven't seen you in nine solar months."

Senth seated himself on a stool at the island counter and played with a spoon, watching Khyff with an expectant, angry look. A low growl rumbled. The corner of Senth's mouth twitched, revealing fangs.

Sweat prickled all over Khyff's skin. His stomach lurched. "It was an accident, okay?" He fought to keep his voice calm. Senth had once ripped out a man's throat with those fangs. "Didn't you hear the Wind and Thunder music come on? You left it keyed, and when I came in, it--"

A twinkle lit his brother's eyes.

Khyff slammed the flat of his hand on the counter. "You were gonna sit there and let me ramble on about how sorry I am, weren't you?"

Senth grinned. "Nah, I always knew you were sorry."

The tech Senth is about to claim will make him invisible. Finally, the young halfbreed thief will be out of sight and far from the taunts humans throw at him. But when that tech reveals he has a human half-brother who's bound by a cruel slaver, Senth must find a way to win his brother's freedom and save him from abuse -- even though Senth is a slave himself.
When you can make yourself invisible, you reveal invisible truth.
Get Behind the Brothers, an inside look at the characters and story behind Bro. Sign up for one of Kayelle's reader groups and get this booklet, advanced notice when the book is ready, and much more. https://kayelleallen.com/readergroups/

10 thoughts on “The troublemaker was home (#SciFi Excerpt) #MFRWhooks #MFRWauthor”