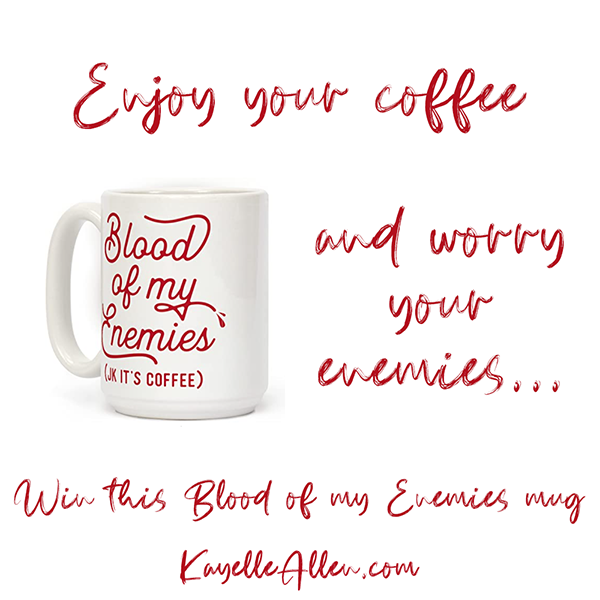 Enjoy some coffee while freaking out the enemy #SciFi #PietasFans #Giveaway

Pietas, the Bringer of Chaos himself, would definitely drink from this mug!

When I saw it, I immediately bought the thing. It holds plenty of coffee and the handle fits well.

I'll ship one of these mugs directly from Amazon, to any address in the US.

If you're outside our borders, I'll swap out a gift certificate for the same amount.

Here's an excerpt where Pietas's father has just argued with him about attending peace talks. Pietas is dead set against it.

"You're a storm of ice, Son." The empathic ability of an Ultra generated physical sensations in response to emotions. Some pleasant, others not. Pietas's father shivered as he strolled further into the room. "Opening your shields would convince others you're as deluded as they thought. A shame to be impeached so soon after being elected. Do yourself a favor, and confine your opinions to verbal sharing. Not that you were ever much of a telepath."

How like his father to offer insults as advice. "Why? No one listens. You don't. One wonders how you led our people."

"I listened to the people, not you." Mahikos swung open the carved wooden doors of a tall bar. "You listen only to yourself." No doubt he would soon harp on his favorite topic, peace at any cost.

All it took for Pietas to remember why that was unwise was to see that bar. The finely carved wooden cabinet took up most of one wall, an anachronism, archaic among the sleek and modern lines of the ship. Its beauty evoked the past, a time when Ultra artisans crafted fine designs and took pride in their work.