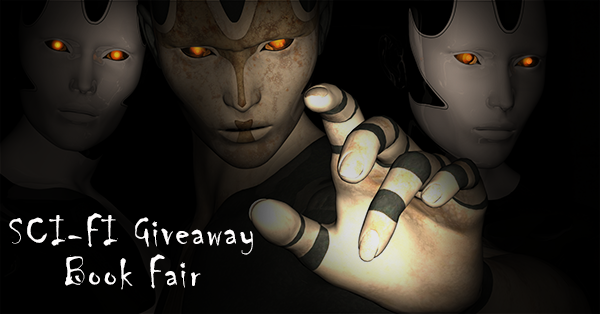 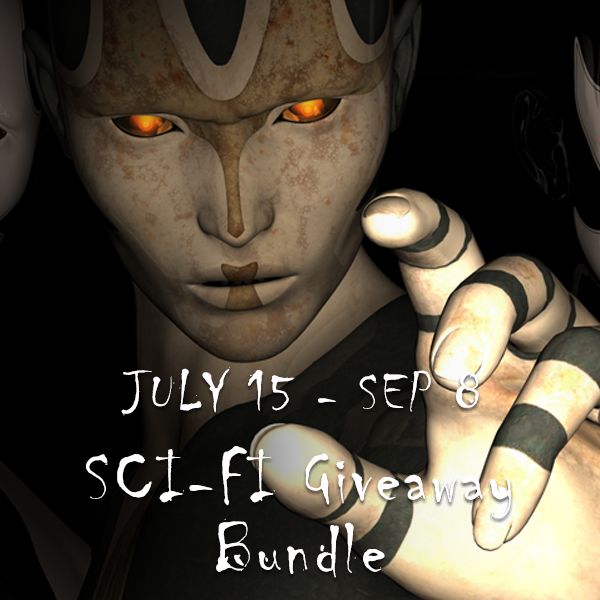 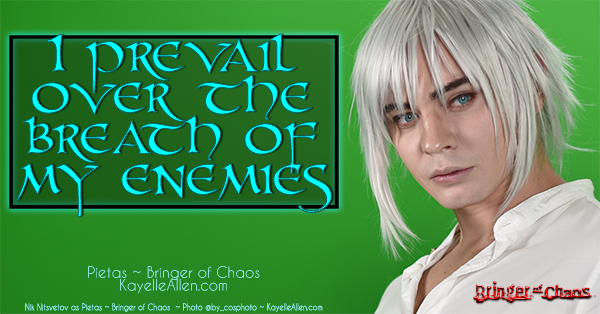 Prevail over the breath of your enemies #PietasFans #SciFi #MFRWhooks

"I prevail over the breath of my enemies" - quote from Pietas, Bringer of Chaos

To be valid, applicable, true, superior, or to persuade successfully.

During the first few months of exile, every day, Pietas worked on his compulsion ability. He had no one to target but Six, a human.

Prior to imprisonment, for practice, Pietas would ask for some item he needed, such as a stylus. He wouldn't say which one or what type, but instead, as whoever was near reached for one, Pietas extended a wave of compulsion to choose the desired item. It never failed. Each person always picked the one he wanted. People who entered his presence would turn around and leave without Pietas saying a word. Practicing with small things made the big things second nature.

He had once turned a whole division and made them attack their comrades. But coerce Six? Might as well ask the sun for ice. Was it because he was reanimiated? A ghost? Or was it inherent in his nature?

Pietas sent Six a strong wave of compulsion to come to him, but the ghost continued filleting a fish without the least pause.

Casting himself back onto the grass in a fit of pique, Pietas stared up at the sky. He'd had more control as a child! Would he have to start over and relearn everything? Was the gift lost? He'd honed it for centuries. Surely, it was not lost. Please, let it not be lost...

No matter how hard or how long it took, he would reclaim every power, every gift, and every ability. He would own everything he'd lost. No one robbed Pietas ap Lorectic, First Conqueror, War Leader of the Ultras and got away with it. Humanity had tried to rob him of his birthright, but they would not prevail. 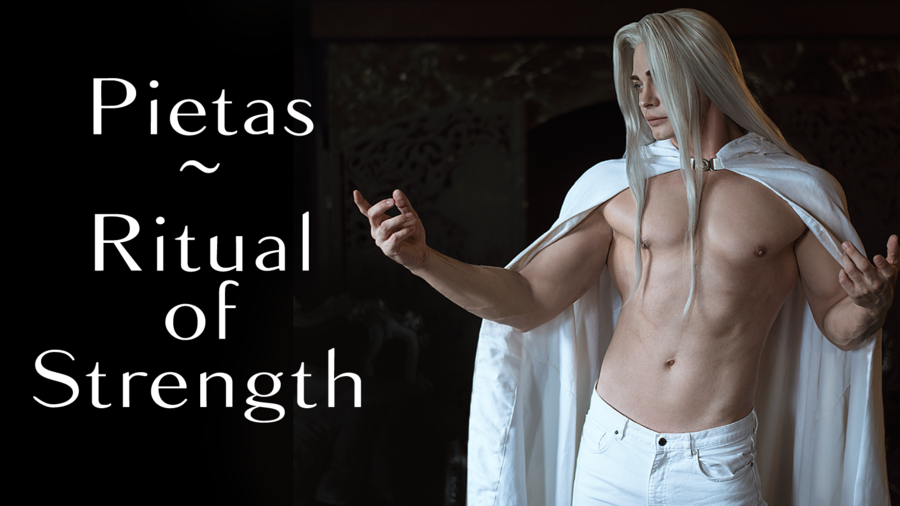 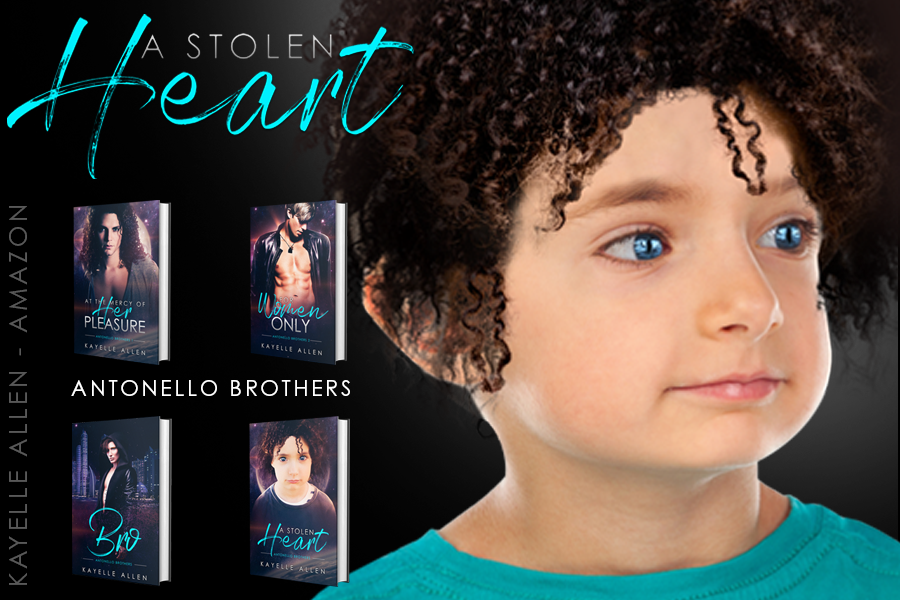 A Stolen Heart is science fiction with male/male relationships.

An ex-lover brings his constant drama back into Luc's life, just as Luc's trying to find a safe home for a toddler he has somehow acquired. There's no way the child can become a permanent resident.

Luc has no time for a family.

But once this adorable little tot enters Luc's life, his heart is well and truly stolen...

How can taking children from their families ever be right? There is no way to justify that kind of evil.

After learning that his apprentice had been stolen from his family, Luc vows to never let it happen to anyone else. But how?

In this scene, Luc must dig deeper into the truth. The truth he'd heard was heartbreaking. His foster son, Kaydn, had been stolen from his family as a toddler.

A plan to make it right

Luc and Kaydn talked most of the night. His Deshai showed him evidence gathered by the older sister Kaydn had never known. While Kaydn had been learning how to circumvent the law, Orella Vettov had learned to enforce it. First as a cop, and then as a detective specializing in missing children. She'd supplied her kidnapped brother with names, dates, and statistics.

It wasn't only Kaydn who'd been taken. There were at least fifteen others, and Vettov wasn't through digging.

The realization that this had begun while he was Grand Master struck Luc down in shame. It was his duty and responsibility to know everything the Guild did under his command, and he'd failed to flag it.

Kaydn was right. Luc not only wanted to burn down the Thieves' Guild, he wanted to crush it to the last ember.

Three mortal lifetimes he'd invested in that institution: first as Cyr de Tomasson, centuries ago, then in his previous life as Neene St. Thomas, and now as Luc Saint-Cyr. Lives spent hiding his true nature to carry out the mission: protect humanity.

Someone had tarnished everything he'd lived for. And for what?

"Kaydn." Swallowing hard against the breath lodged in his throat, Luc clasped his Deshai's hand. "I didn't do this to you, but I apologize for it."

"I know." He braced his other arm alongside Luc's. "Right now, I hate the Guild. But Sen'dai, I know the Guild could go back to what it was. We're thieves, but honorable." Kaydn pulled away. "I can't stay. It's not personal."

"What are we going to do, Sen'dai? It's not like we can invite the police to investigate the Guild."

"I can imagine how that would go over. I'll think of something. I have contacts and there's idBot."

"Sen'dai, I don't want to destroy everything you and my brothers have worked for. And I wouldn't skip Nikko's graduation for anything."

"Until I can dig into this and figure out who knew what, don't do anything different. Take some time off. Let me do what I do best. I'll know more by Nikko's big day."

"Luc." Kaydn pointed toward the door. "What if that little HalfKin was taken?" The agony on his Deshai's face crushed Luc's heart. "What if my brothers were?"

"I'll find out." Luc set a hand on Kaydn's shoulder. "I will stop this. Nothing I can say or do will make up for being torn from your family, but I will try to make it right."

Kaydn gave him a soul-searching look. "I trust you."

Fans of the Antonello Brothers series will enjoy seeing the characters Luc Saint-Cyr, Pietas, and Dessy (the Empress Destoiya). Plus, they'll meet Senth, the playful future hero of At the Mercy of Her Pleasure, when he is a three-year-old boy.