Have you seen my new page honoring Nik Nitsvetov?

Nik will be portraying my immortal king Pietas in a cosplay Sept 1st.

Time for the cosplay begins at 7:00 AM Eastern and will last until 10:00 AM. Pop in anytime during that period. Follow Nik on Instagram to witness the event.

Here's a quick peek at Pietas from Bringer of Chaos: Forged in Fire

Would this incessant nightmare of darkness never end? The steaming, lightless rainforest stank of alien spores and enough flowers to choke the dead. Let the rescue party inhale, but this cloying scent left a sickening taste in his mouth. Pietas gagged, but controlled his stomach.

Barefoot, he slipped and slid on wet undergrowth but kept moving. His body had acclimated to the high altitude less than an hour into the climb. Ultras adapted, adopted, and attacked, but accept this reek of blossoms?

The four immortals and one human trailing him were still in sight, but not close. What irony. The search party had been sent to locate him, yet here he was leading them back to a place he'd never been. Joss, the chosen leader of the party, had no sense of direction. Why had they let her lead them in the first place?

At this rate, they'd spend yet another night in this godsforsaken forest and he'd be no closer to being reunited with his people.

Ahead, blackish green gave way to jade and teal. He slowed, unsure, at first, of his eyes. The lighter colors meant one thing.

Within ten steps, the dense canopy of trees thinned, revealing stubby wheat-colored grass in full sun. How far to the summit?

Exhilaration fluttered at his heart, teasing him with possibilities.

To free his mother and his people, he'd endured entrapment in a crucible more agonizing than any living being should ever experience. For over a year he'd missed them, longed for their presence and the comfort of their touch. Now he would see them again. He bolted forward, but came to an abrupt halt.

He would also see his father.

Mahikos, whose love for humans had gotten the Ultras into disastrous peace talks resulting in their exile on this planet.

The sudden tightness of breath had nothing to do with elevation. Pietas ignored his roiling stomach and slammed a lid on his emotions. Over nineteen hundred years old, yet facing his father cast him into the same twisted fear he'd experienced in childhood.

No. Pietas ap Lorectic, First Conqueror, War Leader of the Ultras, Chancellor of the High Council, bowed in fear to no one. No one.

They left him for dead on an alien world. But immortals are notoriously hard to kill #SciFi #SpaceOpera #Pietas https://books2read.com/u/bpW7Kg 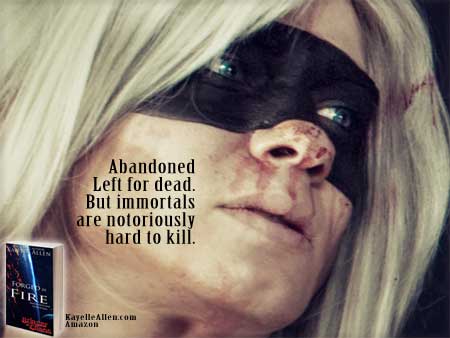