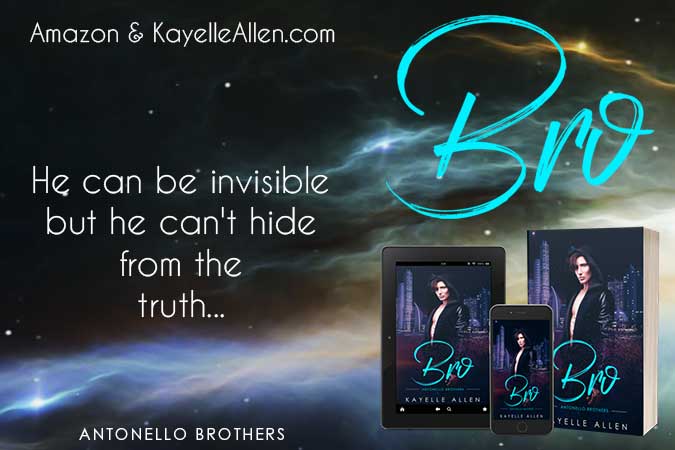 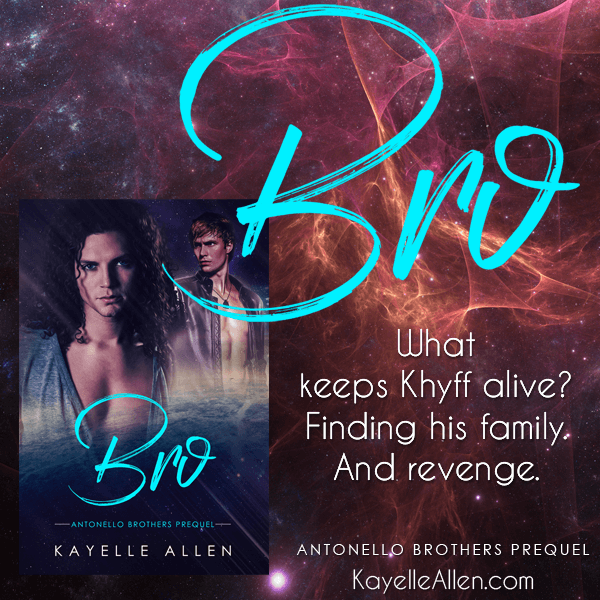 Will you please review Bro?

The prequel to the Antonello Brothers sci fi romance series is SF and Fantasy for adults, teens, and YA.

The brothers would love for you to read the story of how two brothers who weren't raised together finally met.

The driver Saint-Cyr had sent for him led Khyff to a shiny black hoversine the length of a ruckball field. "Mr. Saint-Cyr thought you might appreciate coffee, sir." The android opened the door. "There's a fresh pot, plus cream and sweetener in the center console. The mugs are spill proof."

"Thank you." After Khyff slid inside, the door shut.

Sounds of the city cut off, and the plush seat cradled him. He didn't realize the car was moving until the scenery changed outside.

He touched nothing. He dared not relax. Not until this was over. Khyff drew in a shallow breath. No. Nothing was over until his brother paid what he owed.

The coffee smelled like the real thing, but who knew what might be in it? Locked inside a hoversine, drugged and helpless, and not expected back for a full day, Khyff could be taken anywhere and anything done to him, with no one the wiser.

No, he would sit here with his hands folded in his lap, and not move. If anyone tried anything, at least he'd have his wits about him.

The endless drive up and down streets soon had him lost. He'd been nowhere in this city, but he'd been in fancy cars like this back on Tarth. There, anytime anyone sent for him in one of these, he'd come back exhausted or flogged. Or both.

Rich people treated him worse than poor people, every time.

The Harbinger had a well-won reputation for ruthlessness. Each person Khyff had talked to had told him different things, but they all had one piece of advice in common when it came to Luc Saint-Cyr.

Don't screw with the Man.

4 thoughts on “Wanna review a #SciFi on BookSprout? @booksproutapp Check out Bro, a quick #read by Kayelle Allen #MFRWhooks #MFRWauthor”