Tropes as Elements in Fantasy and #Scifi @MelissaSnark #IAN1 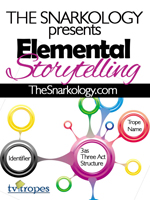 Tropes are literary themes that recur across a genre. Think of tropes as the ‘brilliant detective’ of murder mysteries or ‘the virginal heroine’ in Regency romances. Tropes are more than character descriptions, however. They can relate to plot as well.

Films are often identified by their tropes: chick flick, shoot ’em up, RomCon, or the well known Whodunnit.

Tropes are similar to archetypes and clichés, although not necessarily negative in aspect. Tropes can abbreviate writing — and reading.

In the 1990 Arnold Schwarzennegar film Total Recall, the futuristic world had so many futuristic elements that it was hard to recognize roles. In one scene, a woman sitting at a desk casually changes the color of her nails by applying it with a special wand, while she answers a phone. Instantly, her secretarial role became recognizable. The shorthand of her actions told us what we needed to know, without spending time doing it. If a character walks in the room and he’s wearing a white coat and has a stethoscope hanging around his neck, we expect him to be a doctor. The props themselves are part of the tropes for these kinds of characters. It can become a cliche, yes. Even become part of a character archetype. Evil laugh for the villain? Check. But tropes are not necessarily a bad thing. There are thousands of tropes. 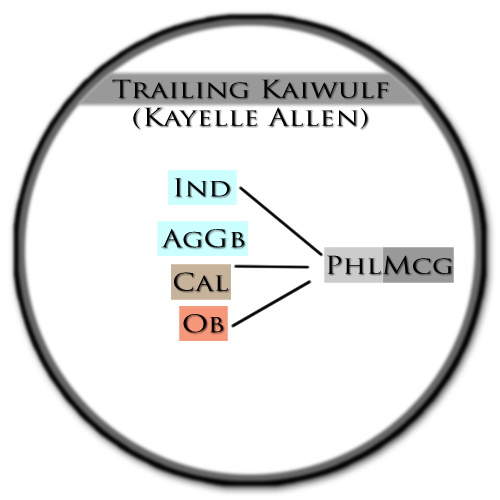 To see where these colored boxes come from and to understand their concept, click HERE to open the Periodic Table of Storytelling in a new window.

An older woman, Dr. Viva Post was confined to a hoverchair after a cave in at a ruins injured her spine. She uses a silver “strength suit” to walk or climb limited distances.

Jee is the personification of an Action Girl. She can go toe-to-toe with her male counterparts without breaking a sweat. The day she has to be rescued will never dawn. Although she is tiny in comparison to her beefy partner, she is the undisputed brawn to his brain.

The Genius Bruiser is a big guy who is also a geek. Dane is far from being Dumb Muscle. He understands the significance of the MacGuffin being sought, as well as some of the history of the Gates Technology (Applied Phlebotinum).

The first step in a hero’s journey is the point where our heroes learn they must abandon their well-earned vacations, saved for over a period of years, and go on a dire quest to retrieve a MacGuffin. A Living MacGuffin in this case.

There are multiple Obstructive Bureacrats for the price of one in this story. Their machinations generally meet dire ends, as befits the annoying natures of the characters.

As the tropes site explains, this is science, magic, and strange things unknown to science or magic. In Trailing Kaiwulf, there are various advanced technologies that are unexplained because they seem commonplace to the characters using them (intersteller flight, strength suits, communication devices, etc.). However, the defining “phlebotinum” of this book is the Gates technology. The ruins of twin steel arches over 200 feet high have been found on several previously thought uninhabited worlds. Scientists have puzzled over their intended use. On the planet Ust, they find a dying race that still uses the technology — or would have, if the key to turning on the Gates hadn’t been stolen. Finding and retrieving the person who stole the key is the crux of the story.

Kaiwulf is a “Living MacGuffin” whose presence in the story serves to drive the plot. He’s an invisible man who can enter another dimension, and the heroes of the story must find and return him to this dimension.

Here’s a link to the original post on Melissa’s site for last year’s event.

A popular site for fans is TV Tropes. It started out as a small wiki for TV watchers, and has grown into millions of fans in every media. During the month of July, Author Melissa Snark is featuring a number of authors on her Snarkology site who will discuss tropes in their stories. The series is based on the Periodic Table of Storytelling, which is linked to the TV Tropes site. For this event, Melissa’s site and the TV Tropes site will be linked. Be sure to visit both. You won’t want to miss.

Each author in the Tropes event will have the opportunity to show off the varied tropes within one tale. Here is a list of appearances. I’m up first, on July 7th with The Last Vhalgenn.

Please visit Melissa’s site and follow her on Twitter to hear more about the event. If you sign up for my newsletter you’ll be the first to hear when the post comes out. Signing up is easy. Just click the link shown above, or enter your email in the link on the left. Why not also follow the blog by choosing one of the options listed? Or sign up for one email when a new book is released by clicking here: Author Alarms Thank you for your support!