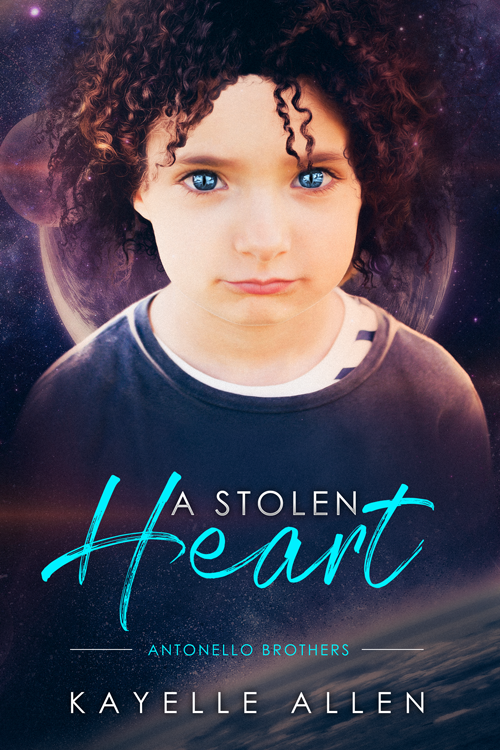 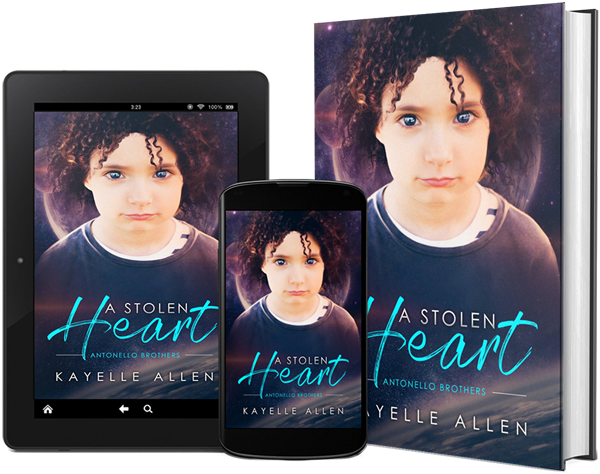 Meet the mischievous brother from
At the Mercy of Her Pleasure,
For Women Only, and Bro
as a three-year-old toddler.

About A Stolen Heart

When he rescues a half-human orphan, a glorified space pirate turned entrepreneur sets in motion a chain of events that threatens to topple the powerful Thieves' Guild he once led.

Multiple layers of conspiracy unfold, reaching all the way to Luc's immortal ex--the king. Behind each solved mystery looms an unseen foe, undoing the good Luc accomplishes. For the sake of this child, Luc must postpone his own freedom and master his desire for revenge or he will violate an ancient vow. Worse, he'll put the toddler at risk.

At war with his compassion for the vulnerable child, loyalty to the king, duty to the Guild, and the bright lure of freedom he's coveted for centuries, Luc seeks the right path. Will he choose liberty and unparalleled success, or restore the Thieves' Guild to its former glory while overseeing the child's training?

A hard choice for any man. For an immortal whose inner monster can destroy on sight? Impossible.

A pirate with a monstrous past can never be trusted with an innocent child. Luc must ensure the child is protected, safe, nowhere near danger. Nowhere near him. Even if this little boy has already stolen his heart... 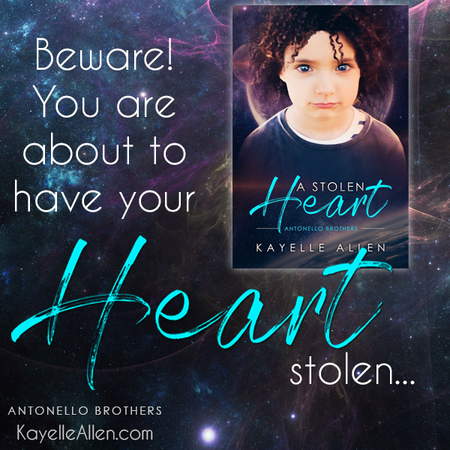 Excerpt from A Stolen Heart

A Stolen Heart is a full length novel set in the Antonello Brothers Science Fiction Romance series. The scene below is the critical moment of the story when Luc Saint-Cyr meets Senthys (Senth) Antonello for the first time. This massive, enhanced warrior turned businessman has the empire by the tail -- as long as no one discovers Luc's real nature. Enter a tiny three-year-old boy running as if fleeing a monster.  The monster (a cruel teacher) showed up, and while Senth hid, Luc redirected her elsewhere.

After she left, Luc motioned to the boy. "It's safe to come out now. She's gone."

Sticking one finger into his mouth, the boy crept forward, peeked around the door, and burst into tears.

Even Luc, whose experience with children could be recorded on his palm, could tell his cry reflected genuine relief. The boy had been terrified.

Monster chasing him indeed. What had that woman done?

The little one ran, but instead of heading for the door, he made a beeline for Luc and threw both arms around one of his legs, sobbing.

Children didn't run to him. They fled.

Imperturbable, Pietas had called him. Seeing him now, his king would guffaw. What did it matter what Pietas thought anyway? Could he not excise that man from his thoughts for a single day?

How did one coax a child to cease crying? Luc bent at the knees only enough to pat the boy on the head. "There, there."

What if the headmistress showed up and found him with a sobbing child? What would she think? Worse, would she accuse him of some misdeed?

Her office held no toys or amusements. This room was all business, a showcase for prospective clients, not children.

Wailing harder, the boy looked up at him, blue eyes red-rimmed.

A terrified child. Him.

That ratio was supposed to work only one way.

He showed up. Children ran.

Why didn't this one?

An adult with issues, Luc could handle. That was territory he knew. When one lived with Pietas, one became an expert at adults with issues, as a matter of necessity.

Training, both military and in commerce had taught him three steps.

He knew the problem, so he must acknowledge and solve it. First order of business was not to stand there like a dolt, but instead treat this child with respect.

Luc went down on one knee. "You're afraid," he acknowledged. "It's okay." He brushed the mass of curly hair away from the boy's tear-soaked face. "I won't let anyone hurt you."

Hiccupping, the boy reached up to him.

What was Luc supposed to do? He couldn't pick the boy up.

But this little one looked at him with such plaintive eyes, how could he ignore the unspoken plea?

An abandoned half-human child. An enhanced warrior in hiding. Two monsters in need of a family... #SciFi #SpaceOpera (A Stolen Heart, new from Kayelle Allen) Click To Tweet