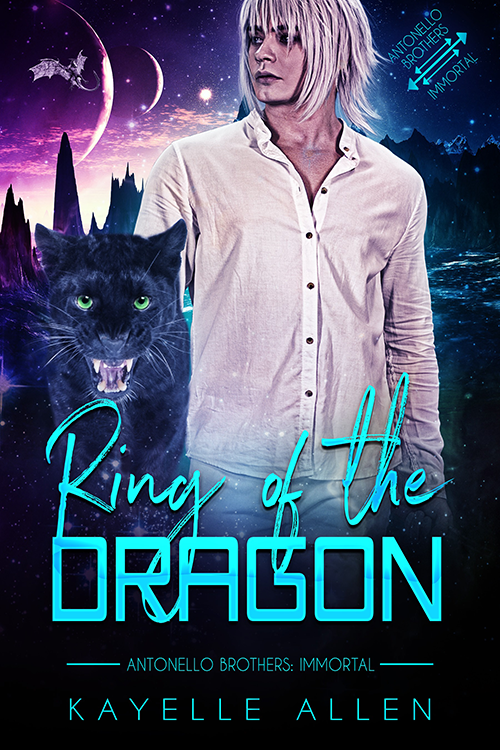 For millennia, the immortal alpha king Pietas and his general, Cyken, fight side by side. As Light and Shadow, they share every battle, as well as a fierce and passionate love. But, torn apart by Pietas's rage, Cyken ends their relationship. Though the heartbroken king seeks forgiveness and reunion, Cyken refuses.

When Cyken falls in love with another and wants to seal the relationship in an eternal bond, Pietas undertakes a quest to prove he is the better choice. On a dangerous world where he has no power or significance, he seeks an item Cyken desires.

If he succeeds, it will either bring Cyken back or drive him even closer to his new love.

Pietas must try, for one thing he knows: He cannot face eternity without a shadow to balance his light...

Just Desserts (bonus with Ring of the Dragon)

You'll find these characters mentioned in nearly every book in my story universe.
Download a printable book list and check them off as you read.